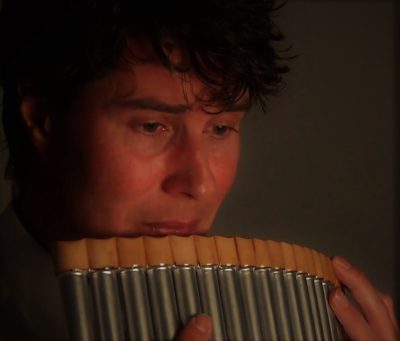 Matthijs Koene is internationally regarded as one of the foremost Panpipes players of its time. He is groundbreaking; his vision and manner of playing have vastly expanded the technical and expressive capabilities of his instrument. Through this, the Panpipes have succeeded in making an entry into the classical music world.

Matthijs’ repertoire includes works from the early renaissance to 21st-century music. He has inspired many composers to write pieces for Panpipes. To date, more than 200 new creations have been generated, mostly dedicated to Matthijs: solo works, in chamber music, with organ, as part of ensemble and solo concerts. Some extensive collaborations with composers include Theo Loevendie, Roderik de Man, Calliope Tsoupaki, Klaas de Vries, Fabio Nieder, Martijn Padding, and Klas Torstensson.

Matthijs has received several awards, all unique to the panpipes player. Such as, in 2003 he won the Vriendenkrans from the Royal Concertgebouw in Amsterdam. Recently, the CD ‘La Flute de Pan & Quintettes’ by Jean Cras received a Diapason d’ Or award.

Matthijs played solo with leading orchestras and ensembles, such as the Dutch Radio Philharmonic Orchestra (Markus Stenz), the Polish National Radio Symphony Orchestra (Franck Ollu), I Barocchisti (Diego Fasolis), and the Combattimento Consort. As an ensemble player, he played with Ensemble Musikfabrik, Ictus Ensemble, and Oxalys Ensemble. Furthermore, He is a fixed member of the dutch Black Pencil Ensemble.

Matthijs received his first panpipes lessons at the age of 7 and closed his studies at the Conservatorium van Amsterdam graduated with distinction. Shortly afterward, in 2005, he was appointed main subject teacher of Panpipes at the same institute.

Matthijs plays on a pan flute that was developed in a two years collaboration with the organ manufacturer Flentrop. The instrument was given on loan to him by the Dutch Musical Instruments Foundation.